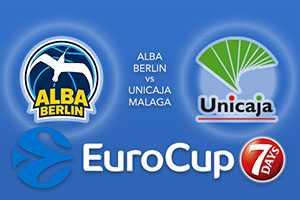 This is a game between two sides who held a 4-4 record in the regular season, making this Group H Top 16 EuroCup clash a perfect chance for one of the sides to boost their chances of progress. There have been 8 European meetings of these teams and the Spaniards have a healthy 6-2 lead over their German hosts. All of these games were in the Euroleague so this is the first EuroCup clash between the teams.

The away side is slightly favoured by the bookies but there could be value in taking ALBA Berlin at +4 at odds of 1.90. With the Over/Under market for this match, look to go UNDER 165.5 at odds of 1.90. Bet Now!