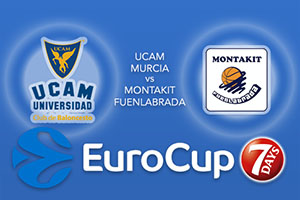 Group E in the Top 16 of the Eurocup gets underway with a clash between two Spanish sides. Both teams will be looking for their first ever win in the Top 16, and given that the two sides will be very familiar with each other, we could be in for a tight battle. This is the first time that these two teams have clashed in European competition so there is a bit of history being made at the start of 2017.