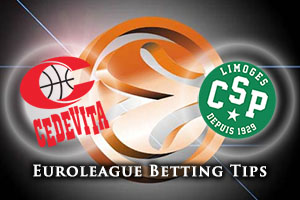 With both teams getting off to a losing start in Round 1 of this season’s Euroleague, someone will definitely get off the mark in this game. Of course, this means that there will be a team condemned to 2 defeats in their opening 2 games, and the Euroleague season can start to look quite tough when you suffer a run of losing games.

The home side will look back on last season when these teams met twice and know that the host was the victor in both of the games. This will give Zagreb hope but they also have the players that can win games. Expect to see Nemanja Gordic and Jacob Pullen splitting the playmaking role between them and when it comes to a player on goal-scoring form, a lot of responsibility will fall on Miro Bilan. He has grabbed double figures in the last six Euroleague games he has played and the Zagreb fans will be desperate to see that run continue on Thursday night.

Boungou-Colo will be keen to repeat last season’s form 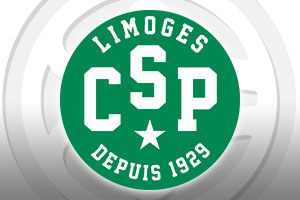 The away side will be looking to bounce back after an opening round defeat and one player who will be looking forward to this game will be Nobel Boungou-Colo. He loved playing against Cedivita last season, averaging 17.5 points, 2 steals and 3 assists in the two outings last campaign. He notched up 18 points in Zagreb, which was the highest total for the player in a game last season. Cedevita can also rely on Heiko Schaffartzik who has scored his last 10 free throws in a row in the Euroleague. He has also sunk a three pointer in his last four games, and in 10 of his last 11 games.

This could be a close affair and taking Limoges CSP at +4, and odds of 1.90, isn’t a bad bet. For the Over/Under market, have a look at going OVER 149.5, available at odds of 1.90, for this game. It has the hallmarks of a close one but there could still be points on the board. Bet Now!