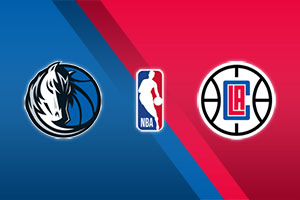 The Mavericks trashed their 2-0 advantage in the series against the Clippers. And while the momentum was clearly on the Clippers camp (they tied the series at 2-2 with two breaks in Dallas), Luka Doncic left them stranded during Game 5. The Boy Wonder from Slovenia was determined to beat the Clippers by himself, and tonight the Mavericks will have the opportunity to kick out Leonard, George and their gang.

Doncic, with 42 points, 14 assists and eight rebounds, gave a unique performance. Hardaway stopped at 20 points, and these two were the only double-digit players for the Mavericks.

On the other hand, for the Clippers, George scored 23 points and 10 rebounds, Leonard had 20 points but missed significant chances to score towards the end, and Jackson scored another 20.

The Mavericks proved that they wouldn’t be easy prey for anyone this season. Tonight is their most significant opportunity to leave L.A. without any teams in the second round of the playoffs.

Defence plays a decisive role at this stage; however, instead of betting on Under 219.5 points, we will prefer the victory of Dallas!