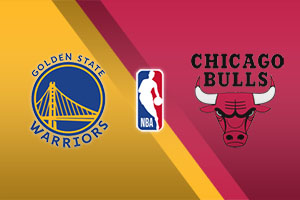 The Golden State Warriors have lost four games in a row, and they are now 10th in the West with a 22-24 record. Despite Curry’s fantastic season so far, the Warriors don’t look able to get things right. The absence of their superstar from tonight’s game will hurt them for good. There are some small hopes that he can make it eventually, but the Californian leader has lost the last five games of the team, and no one knows if the game against the bulls is the right opportunity for him to return. If that happens, it will be a huge relief for coach Steve Kerr who also has Clay Thompson out of action since the beginning of the season.

Chicago (19-25, 10th in the East) was one of the big winners of the trading season. And especially after what happened at the last minute. The Bulls’ GM, Arturas Karnisovas, signed Nikola Vucevic from the Orlando Magic and the terrific defender, power forward Aminu. The Bulls also signed the valuable German center Daniel Theis (9.5 points, 5.2 rebounds) from the Boston Celtics. Vucevic is a considerable addition to Billy Donovan’s team. The 30-year-old Montenegrin (24.5 points, 11.7 rebounds this season) has consistently been one of the best tall men in the league in recent years. Together with Zach LaVine and Lauri Markkanen, this triad could lead the Bulls to something good this season. First to the Eastern Conference playoffs, and who knows what happens next!