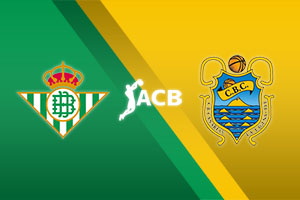 Betis (7-19, 16th in ACB) comes from the most crucial victory of the year, as they beat Badalona in Barcelona (78-88), taking full advantage of the fatigue, absences, but also the disappointment of the hosts after they ve been kicked out of Eurocup by Virtus Bologna.

Joan Plaza’s team is still involved in relegation scenarios, but their destiny lies heavily on their own efforts. The Andalusians’ biggest offensive weapon is the American guard James Feldeine, who is doing very well in Spain.

Tenerife is in good condition (20-5, 4th), with five consecutive victories in ACB and BCL (qualified for the Final 8). Txus Vidorreta’s has done an excellent job for the islanders, who are “hungry” on all fronts. There is a problem in the last few days for Tenerife. Their best tall man, Georgian Giorgi Shermadini, faces an ankle problem and is considered highly doubtful for the game against Betis.