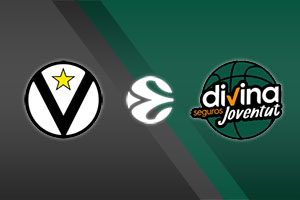 Big, big game for the quarterfinals of the Eurocup. 1st leg of this – best out of 2 – series between Virtus Bologna and Joventut Badalona, two teams with great history in European basketball competitions.  Virtus plays the first match at home and also the third, if the series is tied at 1-1 after the 2nd game in Spain.

Winning the Eurocup trophy is Virtus Bologna’s big goal of the year. For them this is the way to play in the Euroleague next season, and this is why the bosses of the club spent so much money last summer. To be perfectly honest, when your roster includes names such as the “magician” Milos Teodosic and the NBAer Marco Bellinelli, the expectation will be very high. Virtus remain undefeated so far in this year’s Eurocup (16-0), but the Spaniards didn’t travel to Italy for the food and the wine. Not just for these at least.

Badalona will need to support and respect their big European franchise. After several years of ups and downs, 2021 appears to be the year of exceeding expectation. Going above and beyond is not impossible when you have players like Ante Tomic (C, leader of Barcelona for many years) and the super experienced Pau Ribas. There are no absences on either side, and both coaches (S. Djordjevic / K. Duran) can make plans unaffected by injuries.