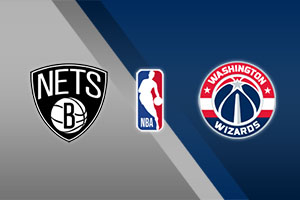 The first place in the East has now been defined, and it seems that the first goal of the year has been achieved for the Nets and for coach Nash personally. They face the Philadelphia 76ers tonight, with the latter not doing badly either (currently at a 28-14 record). Steve Nash cant count on – guess who, the usual suspect – superstar Kevin Durand, who still suffers from the very persistent injury. The problem for Nash and the Nets is that the doctor cant define yet a safe timetable for a return to action for KD, which messes up with the plans for the “Holy Triad” to dominate the NBA championship this season. However, on Sunday, Blake Griffin, who was released by the Detroit Pistons a few weeks ago, will make his debut with the Brooklyn Nets jersey. It remains to be seen if Griffin is in good shape and can actually support Durant, Harden and Irving to pursue the champion’s ring.

The Wizards, on the other hand, are having a very mediocre season (15-25, 12th). Coach Scott Brooks is already feeling insecure at his bench, despite the promises made by all sides in DC at the beginning of the season. Russell Westbrook has not offered what was expected of him, while leading scorer Bradley Bill has ups and downs. Slight headache for Scott since Bertans (SF) and Ish Smith (PG) is out of action for yet another game.