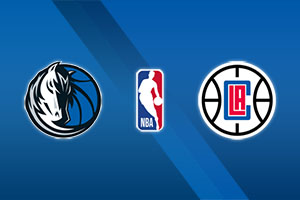 What an outstanding performance and an important victory in Denver for the Mavericks (20-17, 8th in the West) two nights ago. Dallas dominated on the court from start to end, and the win can only be called very fair. Luka Doncic never needed an introduction to basketball fans since he stepped his foot in Dallas. The boy-wonder was once again magnificent. Twenty-one points and 12 assists were his marks in the last game. Porzingis, with his 25 points, seems to be – finally – waking up from hibernation. There are no notable absences for coach Rick Carlisle before tonight’s game in LA.

The Clippers, on the other hand, are on a bad moon. Their record (25-15) has brought them to the 4th slot in the West, but they count six losses in the last ten games! Last night in New Orleans lost with their hands down (135-115) and this was their fourth defeat in the previous five matches. Leonard (23 points) fought alone but even s Robot’s exceptional performance is not enough sometimes. The key playmaker Patrick Beverly (8.3 points, 3.7 rebounds) has been reported unavailable before tonight’s clash, while experts also expect Ibaka (10.9 points, 6.7 rebounds) to sit out. He left last night’s game injured, and no news has been reported ever since. We will go with Over 222.5 points for this game.