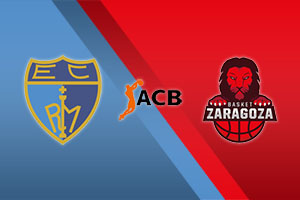 Zaragoza presents an entirely different face since Argentine coach Sergio Hernandez sits on its bench. At ACB, they race to catch the train for this year’s playoffs. Their record? 10-15 so far, two wins away from Manresa that’s currently 8th in the league. Simultaneously, in Basketball Champions League, they hold their luck firmly in their hands, and there are far from fat chances to qualify for the TOP-8 of the tournament. Dylan Ennis, the experienced playmaker and the American center Jacob Wiley, who played for Panathinaikos last season, have helped Zaragoza beyond expectation. They have had a good year so far.

Estudiantes (currently at 7-17) raised their voice last week in what many called a «premature final» against Bilbao. But the cast of relegation is still around for the students. They need some wins urgently, and every game onward will be a chance to get away from the relegation zone. Besides that, we at Basketball Betting firmly believe that the Madrilenians have a good roster and consider them capable enough to remain at ACB next year. Former NBAer J.J. Barea finally starts adapting to the European basketball reality, and he proves that he can make a difference. Consistently on his side are the experienced Alessandro Gentile and Edwin Jackson. All three are ready for tonight’s game.