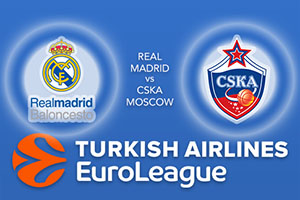 CSKA Moscow won the previous clash between these sides this season, taking a brilliant game by a 91-90 score line. Nando De Colo managed to provide 28 points in that game and he has managed an average of 19.1points per game this season, which has been interrupted by injury. There has also been Milos Teodosic who has offered an average of 17.7 points per game and while CSKA Moscow may have stumbled of late, you get the feeling they will have something up their sleeves for this game.