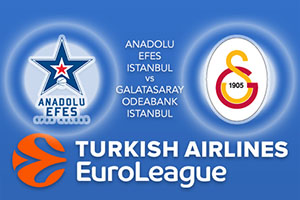 We are into 2017 but more importantly for the Euroleague, we are into the second leg of the regular season. Things start in an exciting manner with an Istanbul derby to look forward to on Thursday night. The game is played in a venue that both sides share but it is a home game for Anadolu Efes, with a 7-8 record and they play host to Galatasaray, who have a 4-11 record coming into this game.

While these two sides know each other inside out, they have played three times in the Euroleague with Efes holding a 2-1 lead at this point in time.

Galatasaray are toiling in Euroleague

When the teams clashed in the Euroleague earlier this season, Efes won by 10 points with Brandon Paul offering 19 points in the win. However, Blake Schilb was on fire for Galatasaray, offering 21 points.