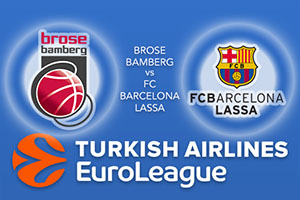 It has been a tough campaign for both of these teams so far but things have been looking up for these sides. This makes this a huge clash at the start of 2017 as both teams will be looking to maintain this form and push on at the start of the year.

These two sides have met on 7 occasions in the Euroleague with Barcelona holding 6-1 advantage which means that they will have some confidence about this clash. There is also the fact that when these two sides met in October, it was Barcelona that won 78-74 so that is another factor that will boost the Catalan club.