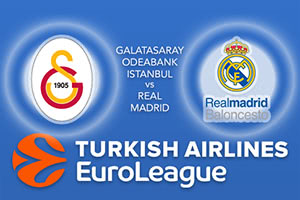 The hosts are enduring a terrible time in the Euroleague this season but there is a huge incentive for both sides to grab victory in this clash. This is because an away win will see Real Madrid being the first side to book their playoff spot but the Turkish team are facing elimination if they fail to win. This means that both of these teams will be desperate to grab a result.

These sides have met on five occasions in the Euroleague and it is Madrid who has won them all, so the Spaniards will be confident of another win in this game. When the two teams met earlier on in the season, it was a 90-81 win, thanks in part to Sergio Llull who offered up 23 points in the victory. Vladimir Micov was on form for the Turkish side, providing 17 points in the loss.

Madrid are scoring points for fun in Euroleague

The away side has the second best offence in the league, with an average of 86.9 points per game, and the hosts have one of the weakest defences, letting up an average of 83.1 points per game, so you can see why so many people will think that Madrid will coast to victory in this game. Of course, Galatasaray have pulled off a few shocks this season and they won’t let Real take an easy victory.

The Spaniards are well fancied and the incentive of clinching a playoff spot will push Madrid on. Back Real Madrid at -12.5 at odds of 1.90 and if you are looking for the Over/Under market, opt to go OVER 167.5 at odds of 1.90. Bet Now!