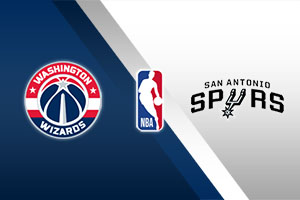 The Washington Wizards appear to be in their best shape in months (10th in the East, 27-33 record, 15-16 @ home, 8 consecutive wins). Last night they defeated Cleveland 119-100 (Beal 33 points, Westbrook 14 points, 11 assists), proving that finally, they appear to get an identity and play as expected pre-season.

With the number of consecutive victories, they have achieved. Lately, they can now hope that they will make the playoffs in the East! They certainly can’t catch the sixth place. However, they have some severe aspirations for the play-in. Avdija (F, 6.3 points, 4.9 rebounds) and Hachimura (F, 13.5 points, 5.7 rebounds) are on the injured list and miss the game against San Antonio.

The magician, Gregg Popovich, wants (and can) lead the Spurs again to the playoffs of the Western Conference (9th, 30-29 record, 17-10 road, 6-4 in the last 10 matches). The Spurs come from a significant victory in New Orleans (110-108) and are fighting to make the play-ins of the West. DeRozan led them for yet another game by scoring 32 points and contributed 8 assists and 7 rebounds. White followed with 22 points. Veteran forward Rudy Gay (11.0 points, 4.9 rebounds) is doubtful for tonight.