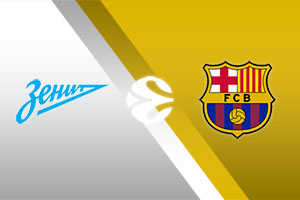 More than 5,000 Zenit fans will be present at the Sibur Arena tonight. They will cheer for their team, push to bring the series to 2-1, and send Zenit one step closer to the dream! Xavi Pascual’s team found what they were looking for in Barcelona, ​​made the break in the first game (74-76) and took the home advantage on their side for the remaining of the series. Zenit came super close to the victory again in the second game but lost in details after exciting overtime (81-78). The Russians are right to complain about some decisions of the three referees. Zenit leader/point guard Kevin Pangos has been fantastic throughout the series (19 points, 9 assists/23 points, 3 assists). Still, Pascual will be deprived again of the valuable services of Gudaitis (C.) and Ponitka (F).

With their back on the wall for the first time this season, Barcelona and coach Sarunas Jasikevicius ask for some “answers” from their players. Mirotic – who played his two worst games with the Blaugrana jersey against Zenit in games 1 & 2 – is below expectation so far and will need to wake up if they want to travel to Germany in May. Same for Nick Calathes, who allowed Kevin Pangos to shine in Spain last week. No absences for the Blaugrana in St. Petersburg.