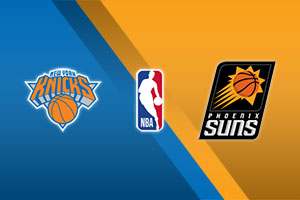 Coach Tom Thibodeau is doing a great job in the Big Apple, helping the Knicks get out of obscurity; their return to the NBA playoffs is closer than ever, and most fans don’t even remember when was the last time they made the final 8 of the conference. With Randle writing one more “basketball rhapsody”, scoring 31 points and getting 10 rebounds, the Knicks beat the Raptors 120-103. However, Burks will be out again (G, 12.6 points, 4.5 rebounds).

The Suns (2nd in the West, 42-18 record, 19-9 on the road, 6-4 in the last 10) played last night in Brooklyn just around the corner from Madison Square Garden. Just two days after the defeat by the Celtics in Boston, they appeared competitive against the Brooklyn Nets. But when Irving and Durant are unstoppable, there is no escape for any opponent; hence Phoenix suffered the second consecutive defeat (128-119).

Booker was the protagonist of the game for the Suns, scoring 36 points, while centre Ayton added 20 points and 13 rebounds. Crowder (F, 9.8 points, 4.8 rebounds), a very useful forward, missed yesterday’s game, and he remains a question mark for today also.