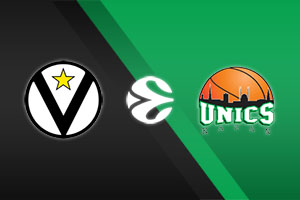 Judgement time is now for Virtus and Unics that are tied 1-1 in the series. A few hours from now, the two crusaders will fight for the Eurocup final qualification. Something that will also be translated into a ticket for next season’s Euroleague! Monaco has already qualified for the final and is waiting for the winner of tonight’s game to join them. The French didn’t struggle against Gran Canaria and won the series with the emphatic 2-0.

Regarding tonight’s game now; In game 2 (that took place in Kazan), Unics (Canaan 19 points, Theodore 15 points, 6 assists) overcame the fierce resistance of the Italians, won 85 to 81 and tied the series at 1-1. However, Virtus (with Belinelli leading the scorers with 33 points) returned from -15 and found themselves only one step away from the victory. With the score at 83-81, Djordjevic’s players made a “fatal” mistake, and the series will be decided with a 3rd game.

Virtus will play with all their significant players ready (Teodosic, Belinelli, Vince Hunter). For the Russians of coach Dimitris Priftis, there is some good news from the medical department. Experienced playmaker Nate Wolters travelled again with the rest of the squad, and while not fully recovered from the injury, he played a few minutes in the previous game (8 points in 6 minutes).