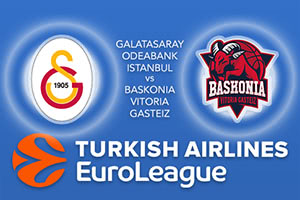 There is nothing really at stake in this game although the away team knows that they could take a massive jump up the table if results go in their favour at the end of this week. It has been a difficult season for Galatasaray and their 10-18 record is indicative of the struggles that they have endured this season. The Spanish side are currently sitting with a 16-12 record and they’ll fancy their chances of improving that record by the end of this week although it is always a difficult task in Turkey.

Both teams will be desperate to win this game but the Spaniards will fancy their chances of having an impact on Friday night in the Euroleague. You can back Baskonia Vitoria Gasteiz at -5, at odds of 1.90. If you’re looking for the Over/Under market, go UNDER 159.0 at odds of 1.90. Bet Now!