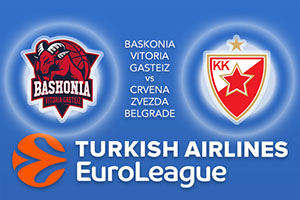 The reigning champions of the Euroleague are still at the top of the table but they are having a torrid time of things at the moment. Injuries have certainly hampered the CSKA Moscow cause but with four defeats in 6 games, this isn’t the run that you would expect from the team from Russia which so often seeps all aside in the early part of the season. The 14-5 record they hold is now only good enough for a joint share of the top spot and they know that any more slip-ups could cause major problems.

It hasn’t been a fantastic season for the Turkish team either, sitting with a 9-10 record and they know that it will be hard to come to Moscow and get a result. However, there is unlikely to be a better time to take on CSKA Moscow so teams should be looking to step up and give it their best shot at this time.

Efes will see this as a Euroleague challenge

When these sides clashed in Round 3, it was the Russians that grabbed an 87-93 win in Turkey. Nando De Colo was on fire that night, offering 26 points, 6 assists and 4 rebounds. It was also a big night for Milos Teodosic who provided 15 points and 8 assists. There is a doubt over the fitness of Teodosic and it may be that he will have to sit this game out, as he has done the last two Euroleague games. His absence would be a blow for the Russians to overcome.

The bookies think the hosts will get it together in this game and you can back CSKA Moscow at -13, which is provided at odds of 1.90. If you are looking for the Over/Under market for this Friday night clash, go OVER 169.0 at odds of 1.90. Bet Now!