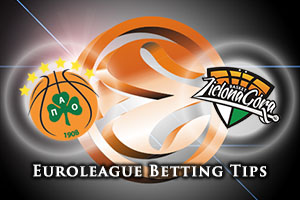 With just one Top 16 spot left to play for in Group C, the Greeks know that their destiny is in their hands. If they can win this game, they’ll grab the last remaining spot and allow them to look forward to top class European basketball in the New Year. However, an away win would lead to a very nervy last round for the team from Athens.

With a 4-4 record and the two unqualified teams below them sitting with a 2-6 record, with just two game left to play, Panathinaikos are sitting pretty. They’re currently in third place, albeit Kaunas below them already have a Top 16 spot in the bag. A win over FC Barcelona Lass last week will have boosted Panathinaikos and if Miroslav Raduljica can deliver points in the manner he has done so consistently this season, it could be all over come Friday night. The team from Athens know that they lost out to the Polish champions last month though and they cannot take victory for granted.

The Polish champions need to do it all over again

Stelmet need to win this game to stay in contention for the Top 16 but with the 71-68 win over their opponents fresh in the memory, Gora could cause a big upset in Athens on Friday night. Mateusz Ponitka is likely to be a key player at the heart of the hopes of the away team and if he can play in the way he has done for most of this season, this is a game that could go to the wire. The fact that Gora are the lowest scoring team in the Euroleague is a big concern but they are still in with a shout of continuing in the top level of European basketball.

There isn’t a lot of value to be found in the home side but there is a chance they could destroy the Polish champions and with that in mind, look to take Panathinaikos Athens at -13.5 at odds of 1.90. For the Over/Under market, look to go OVER 145.5 at odds of 1.90. Bet Now!