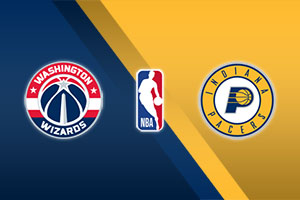 The Wizards (34-38 record, 19-17 at home) believed they would quickly get over the Celtics obstacle. Their arrogance was paid dearly at the end by the decided Bostonians. In fact, the Pacers appeared two-faced in Boston: they were very competitive in the first half, they built a nice difference of up to 10 points and then… disaster! The Wizards didn’t show up for the second half and lost 118-100. Beal (22 points) and Westbrook (20 points) missed several shots but most important; they made so many wrong decisions in critical parts of the game. This defeat sent Washington to the knockout game against the Pacers for a place in the playoffs of the East!