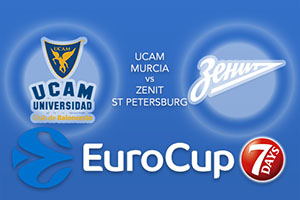 All of the Group C qualification teams have been settled which means that the only issues at stake in the group refer to who finishes where. This is something that will have an impact on the Eurocup Top 16, so there should still be some exciting basketball action and basketball betting action to look forward to in the Eurocup on Wednesday night.

Zenit are enjoying the Eurocup

Zenit may currently be in fourth position but they have a game in hand over the two teams at the top of the table so a win here will leave them sitting pretty in the final stages of the group stage. The Russians hold the assist leader in the Eurocup so far, with Stefan Markovic providing an average of 11 assists per game. Zenit can also boast the top scorer in the tournament so far with Ryan Toolson providing an average of 25 points per game this season. Toolson is well out on his own when it comes to grabbing points, not just for his team, for the entire tournament.