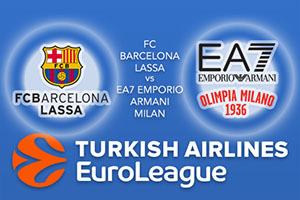 The Catalan side are in a three-game losing streak at the moment and they’ll be desperate to get back to three games on their home patch in this game. FC Barcelona Lassa hold a 5-8 record heading into this game and this has been a thoroughly depressing season for the hosts so far. Injuries haven’t helped but Barcelona have underperformed to this point. Mind you, Milan arrive in Catalonia on the back of six losses in a row and a 4-9 record. At least one team will break their losing streak in this game.

Barcelona and Milan have clashed six times in the Euroleague and the current record stands at 3-3 so that is something else which will be broken by the weekend.

Milan have lost a key player to a Euroleague rival