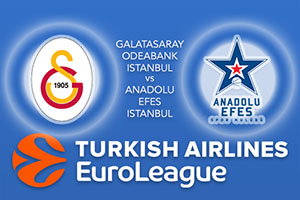 We have our second Istanbul derby of the midweek and both of these teams lost when they played on Tuesday night. The hosts currently have a 4-9 record while the away team, although it is not as if Anadolu Efes are playing away in the Abdi Ipekci Arena, holds a 6-7 record. This alone will see them as the favourites for many people in this Euroleague clash but the Istanbul derbies have been tight and a bit difficult to call this season.

While these two sides know each other very well, this is only the third time that these two Istanbul sides have clashed in the Euroleague. The record stands at 1-1 so the victor of this game takes the bragging rights in a number of ways.