8 May 2021 – Indiana Pacers vs. Washington Wizards 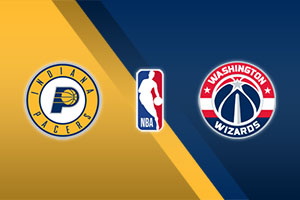 The Pacers are “drowning” in their internal problems, primarily the awful relationship that several players have with the coaching staff. However, they might save the year by participating in the play-in tournament of the Eastern Conference. They are currently 9th with a 31-35 record, only 12-20 at home and 5-5 in the last 10 matches. Precious Myles Turner (C) will miss this battle, while critical Malcolm Brogdon and Jeremy Lamb aren’t confirmed.

The Wizards entered the “bay” of the play-in tournament after the series of victories they have achieved in recent weeks. They will fight for one of the two tickets to the playoffs (the 7-10 places of the regular season will all fight for these during the play-in). Washington (14-19 away, 7-3 in the last 10 games) have “climbed” to the 10th  place in the East, with a record of 31-36, and are only one breath away from the play-in tournament.  In their last game, the Wizards survived against the Raptors (they won 131-129). Russell Westbrook wrote history: he reached an astonishing 190 triple-doubles in his career (180 in the regular season and 10 in the playoffs). And he now holds the relevant record, surpassing the legend of Oscar Robertson. Scott Brooks’s team leader Bradley Beal (31.1 points per game), remains “hot” and is expected to lead the team from the US Capital.