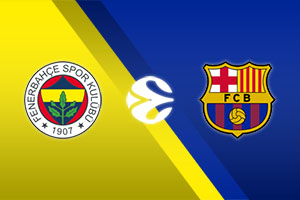 Fenerbahce (2-3) showed some suicidal tendencies again in Madrid, as if the lesson they had in OAKA against Panathinaikos wasn’t enough for them. They managed to lose again, a game that was literary theirs. Real dominated at the end (70-69) despite playing without Tavares (he became a father), Thompkins and Randolph.

The coach of the Turks, Sasa Djordjevic, proves too “lightweight” so far when the games are judged at the end. Nando De Colo (11 points, 6 assists) and Jan Vesely (10 points) stood out. The away defeat – shock they suffered for the Turkish league (84-73 from Bursaspor) doesn’t help much. However, the Serbian coach let some critical players rest (Vesely, Henry, Pierre) because of the “devil week”. Injured German power forward Barthel won’t play tonight.

Barcelona remains undefeated in the Euroleague (5-0) and the ACB (7-0). Last week, they defeated Zenit at home (84-58), with Mirotic leading the way (20 points in just 15′). Unfortunately, useful tall Oriola got injured in a Spanish league game and will probably miss the next two games of the Blaugrana in the Euroleague. At the same time, Abrines is consistently out of action. On the positive side, Sarunas Jasikevicius is happy to see Turkish center Sertac Sanli returning to action.