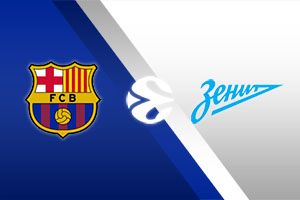 Memories from last year’s Euroleague playoffs will awaken during tonight’s match in Barcelona; Barca (4-0) is hosting Zenit (3-1), and few can forget the exciting series for the Final-8 last season.

Sarunas Jasikevicius’s team had to win two games in overtime in the first Devil Week of the season. Thus, they can continue their undefeated tournament journey after beating Olympiakos in Barcelona and then prevailing over Monaco on the road (85-81 in the extra time).

As for the injuries… Spanish international guard/forward Alex Abrines is permanently out, while  Turkish center Sertac Sanli is doubtful tonight.

Zenit had a hard time playing at home against Bayern but reached a critical victory (79-71).

In the VTB League, they managed an impressive 106-79 away victory over Lokomotiv Kuban, playing again without Sabazz Napier. While the other American guard, Conner Frankamp, ​​was injured after only 2.5 minutes of play. Frankamp doesn’t stand a great chance of playing tonight.