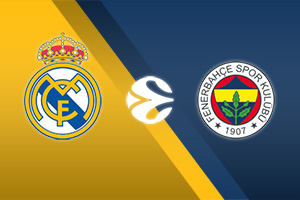 Real Madrid (3-1) managed two victories last week, averaging over 90 points, which indicates that they eventually have significant potential this season. Pablo Laso’s team defeated Monaco first (94-86), while last Friday, they crushed Panathinaikos 88-65 in Madrid. The Galacticos didn’t feel threatened during the match and played in “Energy-saving” mode at times.

Real is still waiting for a significant big man Anthony Randolph and Trey Thompkins to return to the court. They are both suffering from injuries and have missed quite a few games. However, in the Spanish league, Real Madrid struggled to defeat Breogan on the road (71-79). Star/ guard Sergio Llull had to leave the game before the end due to a muscle problem.

After a mediocre to a bad start, with consecutive defeats (first from Panathinaikos in Athens and then from a decimated Alba in Berlin), Fenerbahce (2-2) started showing its true face. The game against Unics Kazan turned into a joke for the team of Sasa Djordjevic (80-41), while last Monday, they triumphed for the Turkish league, with an emphatic victory over champions Efes (90-68).