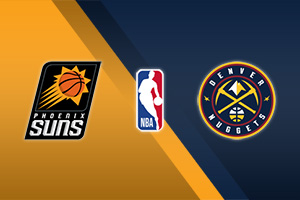 The Suns were without a doubt the pleasant surprise of last season; they prevailed in the – tough Western Conference – and lost in the NBA Finals to the Milwaukee Bucks (4-2).

Ayton (C) and Bridges (SF) stepped up during last season. Arizona has been very calm since a winning team won’t need many changes in the last few months.

Paul, Booker, Ayton, Crowder, Bridges continue under the guidance of coach Monti Williams who did an excellent job last year. In addition, 2-3 auxiliary players signed contracts to “fill” the bench, but the basic rotation of 7-8 players has remained the same. Landry Shamet (SG) will be an addition to stand out.

After the severe injury of their key point guard Murray, the Nuggets were unlucky, whose return time remains unknown. Jokic was “from another planet” (MVP of the regular season), but he could not lead Denver alone. The second round of the Western playoffs (they were eliminated 4-0 by the Suns) was their fair limit last season.

Denver did not move with intensity in the free agency: they signed Jeff Green (F, 11 points, 3.9 rebounds), but at the same time McGee (C, 7.3 points, 5.2 rebounds) and Millsap (PF / C, 9 points, 4.7 rebounds) left. Michael Malone, their lovely coach, has been consistent in recent years; 2 years ago, they reached the Conference finals. Last year, they reached the semifinals and would have probably gone further had it not been for the absence of important players due to injuries.

Their roster is not flawed; Gordon (F), Barton (G), Campazzo (PG, key now) and of course Jokic stand out. But the Nuggets will become much stronger upon the return of Murray.