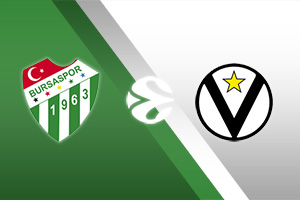 Bursaspor has not started the season in the Turkish BSL as they had expected. They are currently at a 1-3 record after 4 games. They have started with a victory over Yalova (86-85), but this has been followed by consecutive defeats by Merkezefendi, Besiktas and Karsiyaka. Last Saturday against Karsiyaka, they lost 76-62, with Freeman surviving the sinking boat by scoring 17 points. Bursaspor’s mission today will be very demanding and what they want against one of the favourites to win the title is to be as competitive as possible. But this looks rather unlikely given the not-so-promising performances lately.

Virtus failed miserably in the Eurocup last season, after Unics Kazan surprised the world, leaving Virtus out of the finals. And of course, out of the Euroleague. Since then, a lot has changed; Star coach Sergio Scariolo is on the bench now, counting 4/4 victories in LegaBasket, with the last one an emphatic 94-79 against Trieste. Mannion (G) stepped on the floor but was injured again and did not travel to Turkey. Center Jakarr Sampson keeps getting playing time as a replacement for injured Udoh, while French guard Cordinier played for the first time with the Virtus jersey. Teodosic did not follow the mission and will probably return for Sunday’s match against Napoli for Lega A. Abass (F), and Jaiteh (C) are also out.