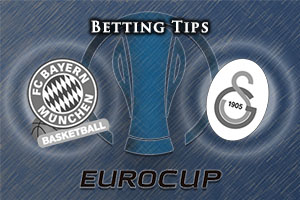 This will be the fifth time that these two sides have clashed but the previous four occasions all took place in the 2013/14 Euroleague campaign. That run of fixtures worked out well for the Turkish side who won three of the four games, including the final game which was held in Munich. Those results are unlikely to have an impact on these ties but the Turkish side will be out to emulate that success on German soil.

This is the very first time that Bayern Munich have appeared in the quarterfinals of the Eurocup. It wasn’t the tournament that Bayern Munich set out to enjoy in Europe this season but they dropped into the Eurocup from the Euroleague at the Last 32 stage. So far, the German team are doing well at home in the Eurocup having won three out of four and when they win, they tend to win with a big margin. Bayern have won by 14 points, 15 points and 9 points in their most recent home wins. With an average of 80.3 points per game, the Germans will be looking to take the game to their opponents this week, setting them up for a decent away leg next week.

Galatasaray need to improve their away form 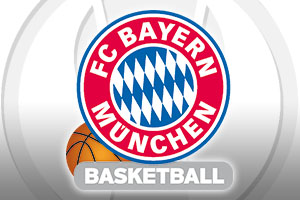 Galatasaray were last at this stage of the Eurocup in 2008 and they will be looking to extend their stay in the campaign for as long as they can. However, they will want to improve their away performances because the Turkish side is currently sitting with a 1-5 record in their last five away games. Then again, when it comes to the teams that are left in the competition, Galatasaray are the leading in the performance index rating and they are second top with respect to scoring. An average of 84.3 points per game is something that the Turkish side will hope to rely on in this game.

While the bookmakers think this is going to be a tight game, they fancy the hosts to take a lead into the second leg. If you are looking to back the hosts, take Bayern Munich at -3.5, which you can find at odds of 1.90. Both teams are high scorers so for the Over/Under market, look to go OVER 153.0, which is on offer at odds of 1.90. Bet Now!