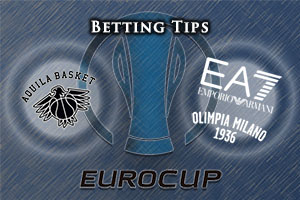 This is an all-Italian clash and this is something that Milan have great experience in. This will be the 28th time that Milan have faced a domestic opponent in European competition, but it is the first time that this has happened since 1997. Their opponents meanwhile are experiencing their first every European campaign, but they have already faced a domestic rival in Europe this season.

That came in the Last 32 when Trento managed to overcome Grissin Bon Reggio Emilia, winning both games. There is also hope for the hosts in the fact that they defeated Milan in the Italian league when the two teams clashed earlier this season. The 80-73 result was boosted by Julian Wright offering up 19 points and 7 rebounds. A similar showing from Wright would be a great platform for Dolomiti to build from in this outing. Trento have good strength in defence and they are the team that has forced the highest number of turnovers and they lead the quarterfinalists with respect to steals. You should look out for the home team being strong in this game.

Milan know what it takes to win 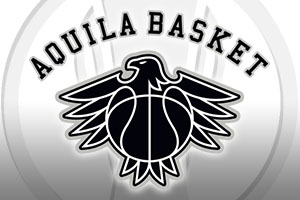 While Trento will point to their home win over Milan earlier this season as an indication that they have what it takes to defeat their opponents, Milan know that they have what it takes to defeat Dolomiti. When the two teams clashed in Milan in January, the hosts won 83-79, so there will be confidence and optimism from both sides. If Milan Macvan plays to his highest level in this leg, he will cause problems. Macvan grabbed 24 points and 10 rebounds in that win over Dolomiti while Krunoslav Simon provided 20 points that evening. Milan have the players to cause problems in this tie, it all depends on whether they hit form or not.

As you would expect from a domestic tie, the bookmakers think it will be tight but they are actually booking the away team in this one. This is why you should look to take Dolomiti Energia Trento at +3.5, at odds of 1.90. If you are looking for the Over/Under market, look to go OVER 154.0 at odds of 1.90. Bet Now!