Coming into this game, the hosts are the team with a slight control after the first round game finished 74-76 in favour of EWW Baskets Oldenburg. The fact that the team in the lead are at home means that they are definitely favourites for this game but the fact that only two points separate the team means that there is still very much to play for on Tuesday night. This could be a second leg that goes to the wire, and this is definitely a game to look out for.

No matter who wins, the winner will be playing in the quarter-finals of the Eurocup for the first time. Some teams and players may see this as a challenge but plenty of other people will see it as an incentive to grab a big win. There is no getting away from the fact that Strasbourg are in a bit of a slump and their loss last week was their third win in a row. The Last 32 started brightly for them, winning four games in a row but they are enduring a torrid time right now and their European campaign could be done and dusted by Wednesday morning if they don’t improve their form. Rodrigue Beaubois picked up 17 points last week and Strasbourg need another big showing from him this week.

Oldenburg still need to improve from the first leg 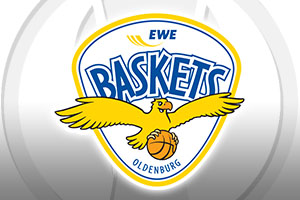 You may think that Oldenburg are looking for more of the same heading into this game but there is definitely a lot to be said for the hosts in this game improving their shooting from distance. In the first game of this round, Oldenburg took 23 three point shots and only scored from 6 of them, so they need to work on that aspect.

This looks as though it could be a tough game and the bookies don’t think there will be much change from the first game of the round. With this in mind, you should look to take EWE Baskets Oldenburg at -2.5, which you can find at odds of 1.90. If you are looking to the Over/Under market, look to go OVER 154.5 which is on offer at odds of 1.90. Bet Now!