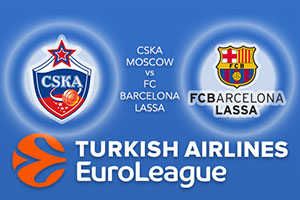 This is a game between two of the biggest teams in European basketball history but at the moment, both of these sides are plagued with injuries. CSKA Moscow hold a 10-1 record, and have a bit of leeway to deal with injuries that have crept up on them later but Barcelona hold a 5-6 record and they have struggled for form or consistency this season. Without players to regularly grab points, you’re always going to struggle in the Euroleague.

CSKA Moscow had to play last week without Nando De Colo and Milos Teodosic, which is a blow that the vast majority of Euroleague teams would struggle with. As you’d expect from the Euroleague champions, CSKA Moscow can bring in decent players but they certainly don’t have reserves of the calibre of these players; there are very few teams in the Euroleague who have players of this calibre in their starting line-up let alone on their bench. CSKA are the leading scoring in the league this season, with an average of 92 points per game but of course, a lot of this is down to the players who sat out last week so there is a need for other players to step up.

FC Barcelona are enduring a tough time in Euroleague

Barcelona have been injury hit all season but with Victor Claver and Justin Doellman working their way back to fitness, there may be light at the end of the tunnel for the Catalan side. Mind you, Juan Carlos still looks to be absent and the recent run of form has been for Barcelona. Four defeats in five games has seen them stuck in mid-table but one bright spot has been the defensive record. The Catalonians have only allowed an average of 73.5 points per game this season and this is a decent platform to build from. Tyrese Rice has provided an average of 16.4 points per game this season.