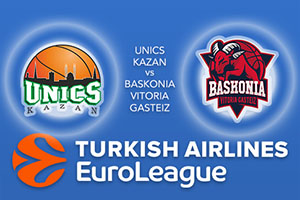 This is the first-ever meeting between these two teams and the hosts will be desperate to grab a win in this game. A 3-8 record looks bad at any times but when you go on a run of four losses out of five games, it is understandable that morale is going to be at a low ebb. The Spaniards travel with a 7-4 record and they’ll see this as an opportunity to improve their status this season in the Euroleague.

Both of these teams will believe they have a chance of winning the game and the bookies tip the hosts as favourites. Think about taking Baskonia Vitoria Gasteiz at +2.5 at odds of 1.95. If you are looking for the Over/Under market, go OVER 159.5 which is provided at odds of 1.90.