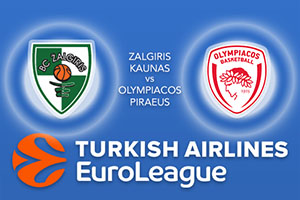 These two teams are very familiar with each other and have played twelve times this Millennium. It is the Greek side that has the advantage, holding a 9-3 record so far, and they also hold the better record over the season so far. The hosts lost out last week and have a 4-7 record at the moment while Olympiacos come with a 7-4 record and ambitions of achieving more in the Euroleague this season.

Olympiacos have the second best defensive record in the league and this forms the cornerstone of their displays. They have limited their rivals to just 75.3 points per game, and this has helped them grab a number of big wins over the course of the season. Of course, the Greeks also have firepower up front, even if it is veteran star Vassilis Spanoulis that is pulling the strings. Spanoulis has offered up an average of 14.7 points per game so far this season while also chipping in with an average of 6.6 assists. This means he is still a player to rely on but Georgios Printezis is on form too, providing an average of 11.9 points per game. A blow for Olympiacos is the absence of Daniel Hackett, who will be absent for six months with a leg injury.