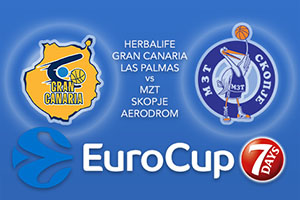 Given that Gran Canaria are currently the leading scorers in the competition with an average of 95.9 points per game, we should see plenty of action. The Spaniards also lead the way with assists, 23.3 assists per game and steals, 9.4 steals per game, so they have plenty of good form this season. They also managed a 75-98 win in Skopje earlier on this campaign so they know they have what it takes to take care of this opposition. Kyle Kuric has provided an average of 18.3 points per game so far this season for Gran Canaria and he has been backed by Pablo Aguilar and Sasu Salin both of whom have made it into double figures.