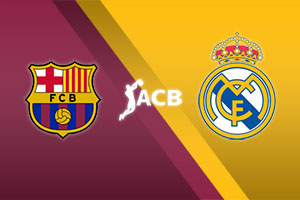 The most competitive, demanding and quality league in Europe, the Spanish ACB, is entering its final stage. Real Madrid and Barcelona are fighting for first place of the regular season in their effort to secure the home advantage in all playoffs rounds.

The Madrilenians currently count 27 victories in 28 games and lead the race in the standings, while the Blaugrana are on a 25-3 in ACB. The Spanish League is a priori a major goal for both. Therefore no one snubs tonight’s event.

The Catalans, who appear in excellent condition lately, finished first in the regular season of the Euroleague (24-10) and are waiting to find out who their opponent will be for the quarterfinals. This will be either Zenit St Petersburg or Valencia. Veteran center Pau Gasol made his debut on Friday night against Bayern for the Euroleague (9 points, 4 rebounds in 13 minutes). Barcelona has managed four consecutive wins over Real Madrid this season, losing Madrid only in the Supercopa final last September.

Real Madrid decided to resurrect for the “final” against Fenerbahce in Turkey. They demonstrated some real strength, walked away with the victory (67-93) and secured their presence in the playoffs, where they will face Efes.

A new blow for coach Pablo Lasso who lost valuable power forward Gabriel Deck that decided to move mid-season to Oklahoma City Thunder and already caught the flight to the USA. Forwards Trey Thompkins (10 points, 3.4 rebounds) and Randolph are also doubtful for tonight’s clash, but experienced playmaker Llull returns from injury. Real Madrid played the perfect game against Fener, proving once again the actual value of their jersey. However, they are missing several valuable players before the El Clasico, and Barcelona has been… in top form in the last two months!

Our free Barcelona vs. Real Madrid tip: FIRST HALF UNDER 75.5 POINTS Bet Now!