BasketballBetting.co.uk » The First Four Is Underway At March Madness 2015

The First Four Is Underway At March Madness 2015

The great news for people who have been waiting on the in-play March Madness betting opportunities to arrive, the games are already underway. The big teams who are gunning for the Championship title may not come into play until closer to the weekend but with the First Four action already started, there have been games for people to look out for. This means that if you love a bet or you want to find a rank outsider you can cheer for in the main event, you have already found that March Madness is underway! 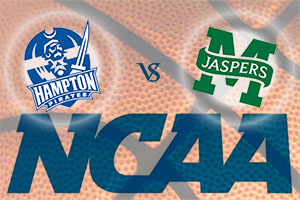 This was the game that would provide the winner with a game against the Kentucky Wildcats, the team who are so far unbeaten in their campaign. This may not seem like the most exciting prize for the two teams to battle it out for but Hampton grabbed the spoils thanks to their 74-64 win against Manhattan. The top player in the game was Quinton Cheivous who served up 15 points and 13 rebounds, before he sadly had to leave the game with an injury. The fact that he remained the top player even after he bowed out early indicates the strength of performance shown by Cheivous and Hampton will be desperate to have him fit for their massive game against the Wildcats. 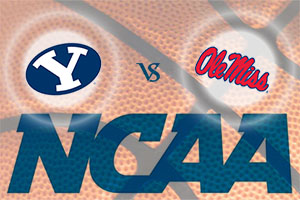 The first half wasn’t much to write home about but even though Mississippi were trailing by 17 points they bounced back with a blistering second half performance which meant that the Rebels defeated the Cougars by a score of 90-94. This was only the second tournament win for Mississippi since 2001.

The player of the game was Stefan Moody, who was instrumental in the comeback, and he grabbed 26 points over the course of the game. Moody has been highly consistent of late with this game being the 13th in 14th games where he has grabbed double-digit points and he has achieved a 20 point game 10 times this campaign.

On Wednesday the 18th of March, there are two games taking place. North Florida takes on Robert Morris with the winners getting the chance to take on Duke on the 20th of March. This means that the winner of this game will likely take a beating in their next game but when it comes to the Big Dance, it is better to be involved at some stage than not get involved at all.

The other First Four game on the 18th of March sees Boise State take on Dayton and the winner of this game will take on Providence on the 20th of March. Again, this is going to be a very tough task but no one ever said that March Madness was going to be easy.

There are a total of 16 games lined up for Thursday the 19th of March, which means that the tournament will really come alive. When it comes to March Madness betting opportunities, you should find that this is the final day of relative calmness before the action really gets underway so whether you spend today focusing on the remaining Final Four games or you are feverishly planning your bets for the Second Round, make sure that you make the most of it.