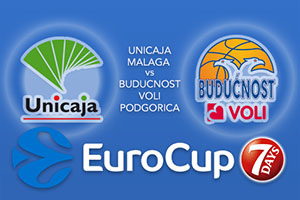 This is a game that could decide everything in the group because if the away team loses, they will be eliminated from the tournament and all of the other teams will have their passage through to the next round assured. Given that Budocnost have a 0-5 record, it is likely that they will be eliminated soon but if Malaga take control of the game, this could be the deciding game.

Budocnost have struggled in the Eurocup