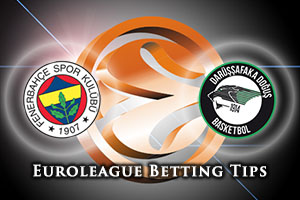 The fact that this game is an Istanbul derby means that there will be plenty to play for but both teams will be desperate to grab the win in this game. The home team can clinch home-court advantage in the playoff if they win this game, so the already qualified Fenerbahce already have plenty to play for. Darussafaka know that if they lose, their playoff hopes could be over by the weekend.

Some people will tell you that the form book goes out of the window on derby day but Fenerbahce will take a lot of comfort from the fact that they have won their last 17 home games in Europe. They will also take great comfort from the fact that they demolished Darussafaka earlier on in the campaign. These teams clashed earlier in the Top 16 and Fenerbahce set a club scoring record with respect to points scored away from home, notching a total of 106 points in the win. Fenerbahce also triumphed in the Turkish Cup thanks to a win against Darussafaka and Bogdan Bogdanovic was the match-winner that day. If Bogdan hits form, the hosts will take some stopping but he is just one player that can make the difference for Fenerbahce.

The away team needs to grab the win 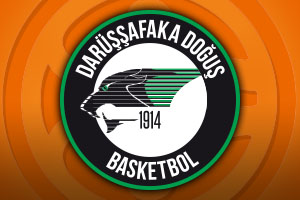 For the away team, Semih Erden is close to reaching 100 blocked shots in his career, he just needs three more for this accolade. Also, Emir Preldzic is just 2 assists away from becoming the 19th player in Euroleague history to reach 500 assists. There are a number of personal accolades to aim for but the team glory must come first. Darussafaka have had a great time in the Euroleague this season but they know they need a win to remain in contention for the playoffs. Three wins in five games is strong form but they know they will be up against things as they take on their close rivals.

The bookmakers think it will be a stroll for the hosts so why not look to take Darussafaka Dogus Istanbul at +10.5 at odds of 1.90. Both teams have a lot to play for but the away side are possibly drinking in last chance saloon this week. For the Over/Under market, go OVER 152.5 at odds of 1.90. Bet Now!