The history of Fenerbahçe’s basketball team dates all the way back to 1913 and the club has achieved a great deal of success in over 100 years of basketball. In 2006, the club completed a merger with Ülkerspor, forming the new team of Fenerbahçe Ülker, a decision which has been justified by the team being at the forefront of Turklish basketball since then. However in the summer of 2015, the sponsorship deal with Ülker came to an end, with the team being known as Fenerbahçe Istanbul.

While sponsorship hasn’t been as prevalent in Turkish basketball as it has been in some European countries, Fenerbahçe have been party to a number of sponsorship agreements this millennium, including: 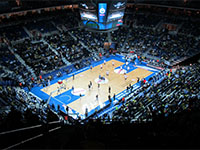 The club currenly plays its home games at the Fenerbahçe International Sports Complex Ülker Sports Arena which opened in January of 2012 and is a multi-purpose arena in the Ataşehir region of Istanbul. For basketball games, the arena has a capacity of 13,000.

International success has been harder for Fenerbahçe to achieve but in the 2014/15 season, the club reached the Final Four of the Euroleague, bowing out to eventual winners Real Madrid in the semi-final matchup and then losing in the Third and Fourth placed game to CSKA Moscow. The club is a well-regarded name in the Euroleague and Turkish fans have enjoyed a number of major results from Fenerbahçe over the years.

In 2012, Fenerbahçe became the first team from Turkey to win a game against an NBA opponents when they defeated the Boston Celtics by a score of 91-97 in Turkey. In 2015, Fenerbahçe became the first Turkish side (and at this point in time, only Turkish side) to defeat a NBA team in the USA when they beat the Brooklyn Nets in Brooklyn on the 5th of October. This is only third time that a European basketball team has defeated a NBA side in the USA, so Fenerbahçe can be rightly proud of their record against teams from the NBA

Fenerbahçe players who have been included in the NBA Draft include:

The NBA right for Bogdanović currently lie with the Phoenix Suns.

In the modern Euroleague era, Fenerbahçe have had a number of players who have been highly regarded and acknowledged for their basketball skill and play. Šarūnas Jasikevičius and Željko Obradović were both included in the list of 50 Greatest Euroleague contributors while İbrahim Kutluay and Mirsad Türkcan were both nominated but just missed out on being included in the list. 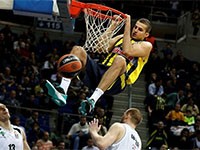 A major honour was bestowed on the team when Nemanja Bjelica was announced as the Euroleague MVP for the 2014/15 season. The strength of Fenerbahçe’s showing in this campaign was indicated by the fact that accolades and acknowledgment were also provided to Andrew Goudelock, selected in the All-Euroleague Second Team and Bogdan Bogdanović, who was recognised as the Euroleague Rising Star.

The captain has a vital role to play in the performance of a team and some of the most notable captains for Fenerbahçe include: 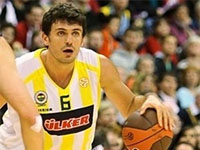 The finish that Turkish basketball fans were hoping for in the Euroleague Final Four came true on Sunday night as Fenerbahce Istanbul clinched the championship. This was the Turkish side’s first ever Euroleague triumph and it was the first title triumph for any Turkish side. The win was very well received and makes up for... Continue Reading »

It isn’t quite home court advantage for Fenerbahce in Istanbul this weekend but it is certainly close enough to give the Turkish team an edge heading into the Euroleague Final Four. There will be fans backing all four of the teams involved at this stage of the tournament but you have to think that the... Continue Reading »

This is the series that caused all of the commotions so far in the Euroleague Playoffs. Fenerbahce are clearly a very strong team in the Euroleague, as their runner-up spot in last year’s Championship proved, but not many people predicted that they would win the opening two games in Greece. Panathinaikos’ home court advantage has... Continue Reading »

We are all set for an excellent evening of basketball action on Thursday night with Game 2 of the Euroleague Playoffs getting underway. There isn’t much time for teams to catch their breath this week and the players roar back into action after having played on Tuesday night. That was a spectacular game of basketball... Continue Reading »