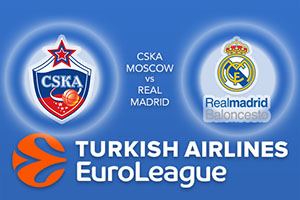 Whatever way you look at this match in Moscow on Friday night, it is shaping up to be a classic. This is the two most recent winners of the Euroleague, and when it comes to history, these two sides have clashed on many times. Since the start of this century, the Russians have a 12-4 advantage over the Spanish side and if you go all the way back to 1963 when these two teams first met, the record is 26-13 (with one tied game) in favour of the lads from Moscow. The history in this clash makes it an intriguing tie and this is before you consider this season’s form when you consider the basketball betting options.

Real Madrid want to cause a Euroleague upset