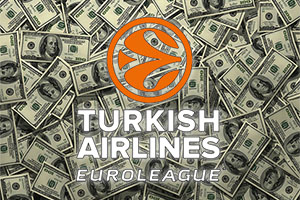 When you think about the Final Four of the Euroleague 2013/14 season, it would be easy to say that three of the four teams were the expected teams. This is because CSKA Moscow, Real Madrid and FC Barcelona have the biggest budgets in European basketball. However, and as we all know, a big budget doesn’t automatically mean success and it was plucky Maccabi Electra Tel Aviv that managed to clinch the title in a pulsating weekend in Milan.

In the grand scheme of the Euroleague, Maccabi Electra are far from minnows and they have a budget that dwarves many teams in the league. However, they are outranked by many teams and they had a budget that came in at around one third of CSKA and close to a half of the Spanish giants. This means that coaching, players skills, determination and the will to win played a role in deciding the Final Four Championship, not just money in a bank account.

However, as the big teams start to place a stranglehold on the big events, many fans will wonder if some of the spontaneity and unexpected verve of sport is being taken away from the Euroleague basketball competition. The Champions League in soccer remains the biggest club event in the world but there is starting to be a feeling that it is a competition where only the same teams will win it and reach the higher stages. The money involved with this tournament ensures that the rich stay rich while everyone else falls behind.

This isn’t the case yet in European basketball, the teams with the biggest budgets have reasons behind this. There is either a rich owner investing heavily in the club or there are associations and historical reasons why a club will have a greater budget than other teams.

CSKA Moscow is the big money team in European basketball 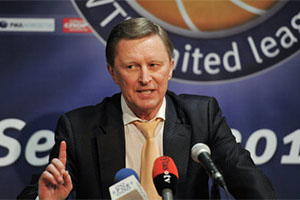 The team with the biggest budget in the Euroleague is CSKA Moscow. On the 2nd of April 2014, VTB United League President Sergey Ivanov released the budgets for the 10 Russian teams in the league. This striving for transparency is commendable in the VTB and it is something that many other leagues could look to follow on from. CSKA Moscow were stated to have an annual budget of 1,836,700,000 rubles which translates to over €39m or $53m.

Other big budget teams in Russia include:

Unofficial statistics for the top Spanish teams indicate that FC Barcelona have a budget that is comparable to CSKA Moscow, coming in at around €40m while Real Madrid are reported to have a lower budget around the €25m level. However, not all things are equal in Spain, or in Spain and Catalonia, because there is a higher level of taxation in Catalonia than in the Spanish capital than in Barcelona. This doesn’t equate to the entire difference in budget between the two teams but it does suggest that budgets have to be taken with a pinch of salt.

While NBA teams are all paying the same level of taxes for their players, the different nature of tax levels in different countries or different regions within a country indicates that parity should not be taken as standard in the Euroleague set-up. The set-up of taxes for foreigners in Russia ensures that even on top of their massive budget, CSKA Moscow can provide a further incentive to entice top-class players to play for them. The standard rate of tax in Russia is 13% for nationals and 30% for foreigners. However, foreigners that stay in the country for at least 6 months will find that the Government refunds them 17%, lowering their tax level to 13%. This low status, compared to a tax rate of 56% in Barcelona, means that CSKA Moscow should be able to obtain the best basketball talent from Russia and around the world.

The Maccabi Electra Tel Aviv budget was said to be around €14.6m or €20m, which was made public by the co-owner of the club. Given that this ranks around the level of the third biggest budget in Russia, the achievements of Maccabi Electra Tel Aviv at the Final Four should not be underestimated. It is believed that Bayern Munich have a budget of around €11m, a figure that was stated by Marko Pešić in an interview undertaken on twitter. Fenerbahce of Turkey are another club said to have a sizable budget of around the €11m mark although there is no official confirmation of this and some observers believe the figure is closer to €20m. However, even if Fenerbahce did have the same size of budget as Bayern Munich, the difference in tax systems between the two nations would hand the Turkish giants an advantage. There is special treatment provided to sports stars in Turkey, which sees the top basketball players in the country commanding a large wage.

Linas Kleiza of the Turkish giants is widely believed to be on a contract that sees him earning around €3.3m. However, this contract is spread over two years, so is only equal to around €1.65m a year. This is a sum of money the vast majority of people would be extremely happy with but it is far from being the top salary paid to a player in the Euroleague. 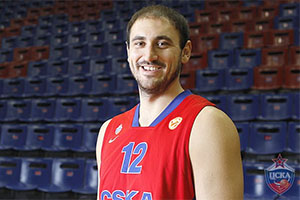 It will come as no surprise that the most highly paid CSKA Moscow players are believed to be the biggest earners in European basketball. Nenad Krstic and Victor Khryapa are both said to be on around €3m net, which is the equivalent of an $8m salary for an NBA player. This level of €3m appears to be standard for the top players with Barcelona and Real Madrid both having players believed to be in this ballpark with respect to salary, Erazem Lorbek and Rudy Fernandez respectively.