Top 16 Round 11 Serves Up Plenty Of Talking Points

With five games scheduled to take place on Thursday the 19th of March, we were expected to be more than halfway through the eleventh round of the Top 16 in this seasons Euroleague. Two teams booked their spot in the playoff in round 10 and this is the point of the season when things start to get really heated. When it comes to the business end of the season, some teams know what it takes to get through and this appeared to be the case this week, which means that some Euroleague basketball betting fans should have done alright for themselves.

Things didn’t quite work out that way though as the game between ALBA Berlin and Galatasaray was unable to get started at the designated time. This is because a bunch of Galatasaray supporters started a riot, rushing towards the block of the Alba Berlin fans. The previous game between these teams was played out behind closed doors. It is believed that around 11,000 tickets had been sold for the game, with around 1,000 being sold to Galatasaray fans. The match was scheduled to start at 21.00 CET but this was initially put back for an hour with the game eventually getting underway at 22.00 CET.

This was a topsy turvy game which Barcelona led at half-time but the home side dragged themselves into a lead at the end of the third quarter. Any hopes of a big win over the Catalan giants were dashed though as Barcelona stepped up and through the gears in the fourth quarter, eventually sealing a win that ensured they were in a good place for a playoff spot. This place in the playoff was confirmed when Maccabi Tel Aviv defeated Zalgiris Kaunas. This Barcelona progression came 30 years to the day after the club won their first ever trophy in Europe, the Cup Winners Cup of 1985.

Juan Carlos Navarro grabbed 12 points for the winners; Thomas Satoranksy provided 11 points while Marcelino Huertas and Deshaun Thomas both picked up 10 points for the Catalan side. Satoranksy also offered up 5 assists and 10 rebounds, ensuring he was one of the most influential figures in the game. 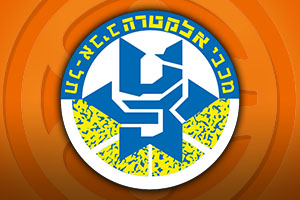 The Euroleague champions moved on to a 7-4 record with a win that was more comfortable than the close nature of the scoreline indicated. It was a match that Maccabi were in control of from very early on and although there was an expected push from Zalgiris late on in the game, the Israeli side held on and continue to look good to make the playoffs. They will be hoping to defend their crown in the best possible manner and this result indicates that Maccabi are not going to give up on their title without a fight.

Kaunas drop down to a 4-7 record with this defeat in Tel Aviv and their best man was Arturas Milaknis who offered up 19 points. Lukas Lekavicius grabbed 13 points and James Anderson offered up 12 points for the losing side.

Much of the focus in Berlin may have fallen on the off-court action which took place prior to the game beginning but that would be a great disservice to the home side who retained their hopes of success in the playoff. The 75-68 win moved Berlin to a 5-9 record and the Turkish side endured their eighth loss in a row, resulting in a 2-9 record and the realisation that they are now out of the running to progress from the Top 16.

The home side were mainly in control but at the start of the opening quarter, Galatasaray went on a 0-12 run and drew the score to within point. This was the cue for Marko Banic to grab some big baskets and with his 15 points on the night; he was the top man for the winners. The Germans were also boosted by Leon Radosevic with 11 points; Reggie Redding grabbed a double-double with 10 points and 10 assists while Alex Renfroe grabbed 10 points and 6 assists. Zoran Erceg and Ender Aslan both scored 16 points for the Turkish side while Vladimir Micov offered up 12 points.

This was a game that the home side were in complete control of until near the end with the final quarter being the only one that Nizhny held the upper hand in. The late burst wasn’t enough to secure victory for the Russian side though and this win sees Efes move onto a 5-6 record.

Cedi Osman and Stephane Lasme provided 13 points each for the winning side while Stratos Perperoglu provided 10 points for the winners. Thomas Huertel offered up 7 rebounds while also offering up 9 assists, ensuring that he was a player who left his mark all over the game.

Given that some teams were waiting on Anadolu losing to book their place in the playoffs, this is a result that ensures that there is a lot to play for on Friday night. Fenerbahce and Olympiacos both still have qualification in their own hands but the fact that the home side ground out a win means that there is sure to be a bit more excitement on offer as the Euroleague takes us into another weekend.

They may have already qualified for the playoffs but CSKA Moscow were thoroughly professional in their win in Spain, moving on to a 9-2 record. This defeat leaves Malaga on a 2-9 record and they are all but out of the running to grab a playoff place this season in the Euroleague.

Milos Teodosic was on top form, grabbing 25 points and 8 assists while Nando DeColo offered 19 points and Sasha Kaun provided 16 points. The main Malaga player was Fran Vasquez who provided 14 points but the home side toiled without a number of key players, including Ryan Toolson, Jayson Granger, Jon Stefansson and Kostas Vasileiadis. Mindaugas Kuzminskas provided 13 points, Carlos Suarez offered 12 points and Stefan Markovic served up 10 assists for the home side.