While the sports club at the heart of Darussafaka Dogus Istanbul was established in 1914, the basketball aspect of the club was founded in 1951. However, the basketball club has grown to become the most prominent of the different teams and disciplines represented by the club.

The club plays in the Turkish Basketball Super League and competes in the hugely competitive city of Istanbul, which has some of the leading basketball sides in Europe.

It would be fair to say that Turkish basketball hasn’t been impacted by sponsorship in the manner that some other countries and sports have. Between 2008 and 2010, the team was known as Darussafaka Cooper Tires and of course, the side is currently sponsored by Dogus Holdings. 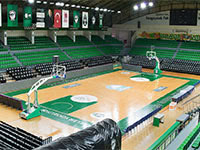 While there are bigger basketball arenas in Istanbul, these two venues make Darussafaka feel at home and their fans are as noisy and as passionate as you’d expect from Turkish basketball fans.

Given the huge level of competition in Turkish and Istanbul basketball, and the fact that that Darussafaka is considered the lesser light of the city’s basketball scene, it is no surprise that the team hasn’t clinched as many domestic trophies as some of the larger and more well-known basketball teams from Istanbul.

The team has been the champions of Turkey on two occasions, in 1961 and again in 1962. When you add in the fact that Darussfaka were runners-up in the Turkish Basketball Championship in 1960, it is fair to say that this was, to this date, the high point of the club’s dalliances with success. The side has also been in the Turkish Cup final on two occasions, however they were defeated on both occasions, which means that Darussafaka were runners-up in 2002 and again in 2016.

In order to put this into perspective, it is important to remember that the side’s other national achievement came in 2014 when they were champions of the Second Division in Turkish basketball. Given that the team has progressed from the second division to the Euroleague in such a short period of time indicates how far Darussafaka have travelled in a short period of time and there are many who think that the club will go on to achieve a lot more in the game.

Another indicator that the early 60s was a high point for the club can be seen in their exploits in the Istanbul Basketball League. Darussafaka triumphed in 1960 and then took third place in 1961, 1962 and 1963. 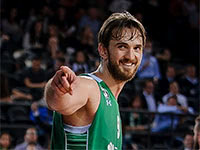 Darussafaka, as you would expect, have had many high-quality Turkish basketball players play for the side over the years, with some of the most notable names being Burak Sezgin, Cevher Özer, Mehmet Kahyaoğlu, Recep Ertaş, Semih Erden and Sinan Güler.

The team has also had a notable number of foreign basketball players in their line-up with Americans Clarence Gilbert, Michael Ansley, Steve Rogers and Jordan Farmar all having a positive impact on their time at the club.

We head into Game 4 of the Euroleague Playoffs on Friday night and with two match-ups already decided, we only have two matches to look forward to this week. All of the matches could be decided this week depending on the outcome of the game and in Turkey, the home fans will be hoping for... Continue Reading »

We have a series tied at 1-1 going into the third game, so we are guaranteed two games this week, regardless of what happens on Wednesday night in Istanbul. This makes this a finely balanced Euroleague Playoff tie and the thrill of a road win in Madrid will give the Turkish fans an added incentive... Continue Reading »

The opening game in this best of five series may not have ran as smoothly as the hosts were hoping for but the Spanish side escaped with a win, and they’ll be looking to consolidate their position at the end of this midweek. If Madrid carries a 2-0 lead to Turkey next week, they’ll be... Continue Reading »

The Euroleague Playoff action continues at pace with two games taking place on Wednesday night. The team that topped the Euroleague regular season, Real Madrid, are at home for the first game in the best of five series. This is new ground for the Turkish side, who are enjoying their first Playoffs in the Euroleague.... Continue Reading »