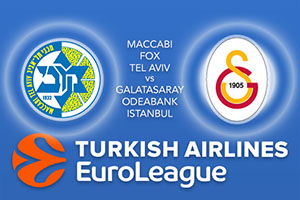 The Israeli side have changed their coach with Rami Hadar taking over from Erez Edelshtein. History is definitely on the side of Maccabi as they have picked up a 4-0 record against their Turkish opponents. These four games have come in the past three seasons, so it isn’t ancient history. The most recent game between the two teams saw Maccabi win by a score of 81-72 and Devin Smith managed to grab a total of 22 points in that game. While the start of this season has been troubling for Maccabi, they have Andrew Goudelock sitting with an average of 21,5 points per game. Sonny Weems has chipped in with an average of 15 points per game and Smith has an average of 12 points per game coming into this match.

Galatasaray have struggled this season