The NBA is back this week for the 2015/16 season and as you would expect, fans are poring over the NBA schedule to see what big games they should be looking out for. Whether you have a team that you are backing all the way to the NBA Finals, you have an interest for fantasy basketball purposes or you just want to see the best players and the best games, the NBA schedule is one of the most important aspects of the game.

Of course, if you are watching in the UK or mainland Europe, you need to be careful when it comes to tip-off times. You can look at various sites online and they’ll provide you with a time that may have no relation to you or where you would be watching the game. After all, the start date for the 2015/16 NBA season is Tuesday 27th of October but for basketball fans in the UK and Europe, Wednesday 28th of October is the all-important date for your diary.

There are three games taking place just as Wednesday the 28th of October begins in the UK and Europe.

So you have the reigning NBA Champions playing at home and you have a game between two of the biggest names in basketball as the Cavaliers travel to Chicago to take on the Bulls. This ensures that there will be plenty of action and excitement in the opening day of the NBA schedule for the new season. If you’re in the UK or Europe, you should find that there will be plenty of great action to keep you awake and alert.

There will also be some basketball action taking place late in the evening on Wednesday 28th of October.

There will be a further 8 games in the NBA schedule in the early hours of Thursday 29th October.

There will be one more game for UK NBA fans with a game tipping off at half past eleven at night.

Night-owls have two more NBA games to look forward to in the early hours of Friday 30th of October.

It may be that you are waiting until the end of the working week to fully relax and make the most of the NBA 2015/16 schedule and there will be plenty of games for you to enjoy over the weekend.

There are 7 games for NBA fans to enjoy in the small hours of Saturday morning so if you’re ready to stay up late and watch basketball games knowing that you’ve no work on Saturday morning, make sure you have plenty of snacks lined up! 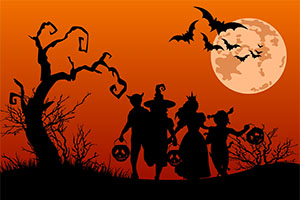 There are also three games taking place late on Saturday night for basketball fans to enjoy from the 2015/16 NBA schedule. If you are looking for a scary way to bring Halloween to a close, placing a bet on the outsider may give you a chance of a trick or a treat!

Sunday takes us into November and you’ll even find that there are some games on at a reasonable hour which should give everyone a chance to catch up with some live NBA action to round off the week in style.

That concludes the opening week NBA schedule for central European and UK basketball fans. It can be difficult for European and UK NBA fans to keep up to date with relevant times and dates for the NBA but at Basketball Betting, we’ll make sure you never miss a moment of the action.