With the 2015/16 NBA season starting today in the US, Tuesday the 27th of October, basketball fans in Europe and the United Kingdom are as excited as the fans on the other side of the pond. We may need to wait for the clock to tick over until Wednesday the 28th of October but when it does, we’ll be as ready to go as anyone at the opening night games. As you would expect for opening week of the season, there is a great deal of NBA news floating around and we’ll round up some of the more compelling stories.

A little bit of history will be made by the NBA on Tuesday 27th October as they become the first league to broadcast a professional game in virtual reality. A combination of the NBA, Turner Sports and NextVR will provide a live stream of the opening night game between the Golden State Warriors, the reigning NBA champions, and the New Orleans Pelicans. There will also be a chance to get up close and personal as the players receive their 2015 Championship rings.

This may not be something that is too relevant for many NBA fans, especially NBA fans in the UK and Europe, right now but it is indicator of how basketball games may be broadcast in the future. This story is maybe as much as about NBA predictions as NBA news but it is certainly a quirky way to tip-off the new season. 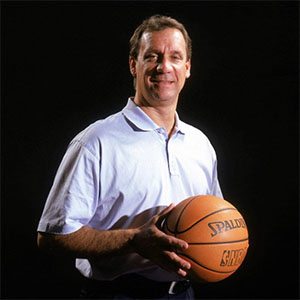 The sad passing of Flip Saunders, the legendary NBA coach and president of the Minnesota Timberwolves, has cast a slight shadow over the new NBA season but it appears as though the NBA is planning to honour the coach this season. Saunders passed away on Sunday but as a mark of respect to someone who seemed genuinely appreciated by most in the sport, NBA coaches are set to wear a lapel pin commemorating Saunders this season.

Cavs Are Again The Bookmakers Favourites

When it comes to bookmakers odds, just because a team is ranked as the favourites with respect to the odds, it doesn’t necessarily mean that they are the best team or the team that most people think will win. The price of teams, especially in the Futures market, can depend on a number of things. Long term bets are often made on personalities as opposed to form or tactics and when it comes to big NBA characters, they don’t come bigger than LeBron James.

Of course, given the fact that LeBron has made himself a virtual ever-present in the NBA Finals in recent years, you probably aren’t going to be too far off if you wager some money on the Cavs, especially at this stage of the year.

It looks as though the Cavs are favourites on both sides of the Atlantic. Bodog, or Bovada in the US, make them the leaders for the Futures market and in the UK, the Cleveland Cavaliers are available at 3.75 to win the NBA Championship. The San Antonio Spurs can be backed at 4.75, the Golden State Warriors, who took the title last season, can be backed at 6.00 to retain the Championship. After this, you move out to the Oklahoma City Thunder who can be found at odds of 8.00 to win the 2015/16 NBA Championship.

Bet365 is running a great range of odds and betting options for the NBA this season, with lots of prop bets and individual game bets. However, if you prefer to keep an eye on the Futures market, it seems as though LeBron is still the number one guy to back.

There are lots of small stories, local interest angles and people making predictions about players, teams and what will happen. You could spend all day, and night, poring over the news stories but for this week, the only real piece of NBA news you need to focus on is the fact that the NBA is back!